Extraordinary species of animals that you can see in Costa Rica 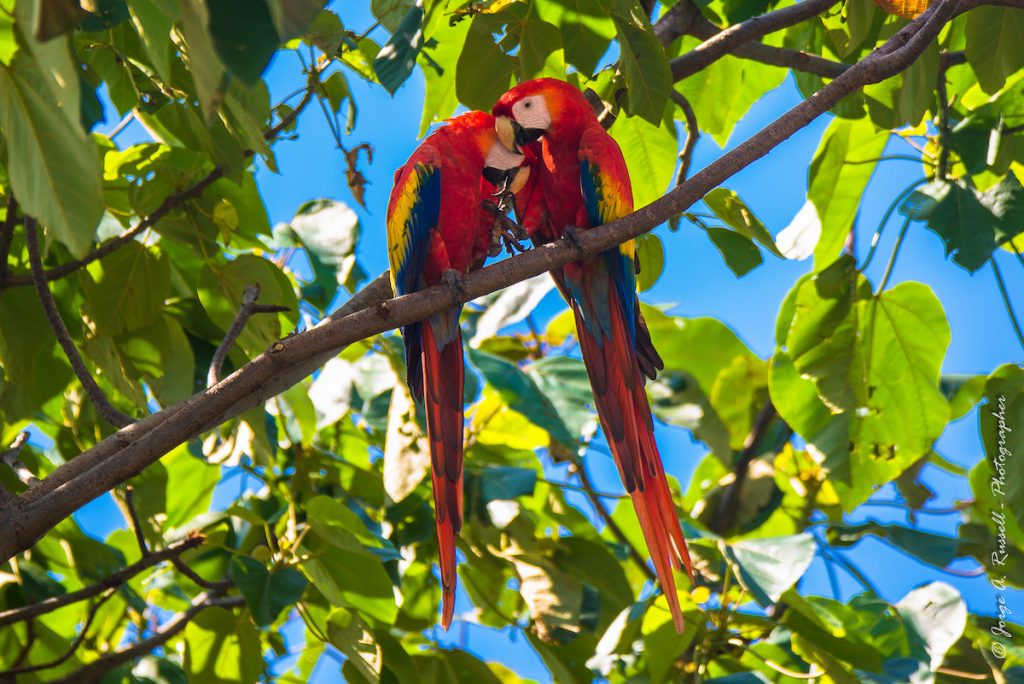 The sighting of an albino humpback whale in Nosara, Guanacaste, has caused great astonishment in the country, however, this is not the only extraordinary species that can be seen in Costa Rica.

Many animals in danger of extinction and of which few remain in the world live in Costa Rica. Both the authorities and the population have taken on the task of caring for and protecting them due to their importance for the conservation of the global ecosystem. The role that the country has played in protecting these species is so valuable that even Netflix has recorded a documentary on this subject.

Next, we share with you some species of animals that inhabit our country:

This feline ranks third among the largest in the world and is the only species of its kind found in the tropical forests of Central and South America. 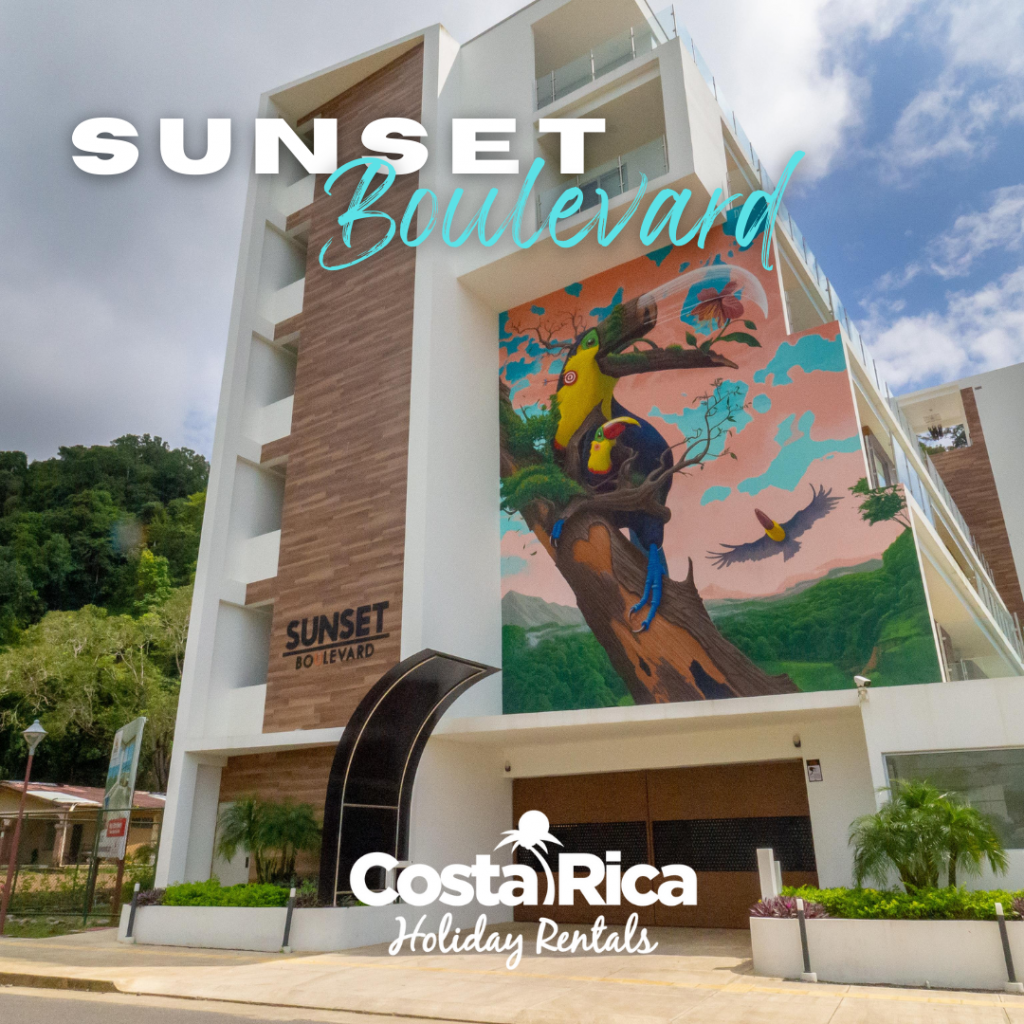 The Jaguar is the most persecuted and endangered animal in America. Its nature is surrounded by a lot of mysticism, inherited from the Mayan culture, since for this civilization the God of the Sun was transformed into a jaguar to be able to travel at night through the world of the dead.

Some have skin with various ocher tones, while others can combine white or black.

This colorful bird was originally discovered in Costa Rica, however, as they are such exotic birds, they are captured in other countries to be sold as pets. Today, thanks to the protection they have had in the country, they continue to reproduce outside of captivity. 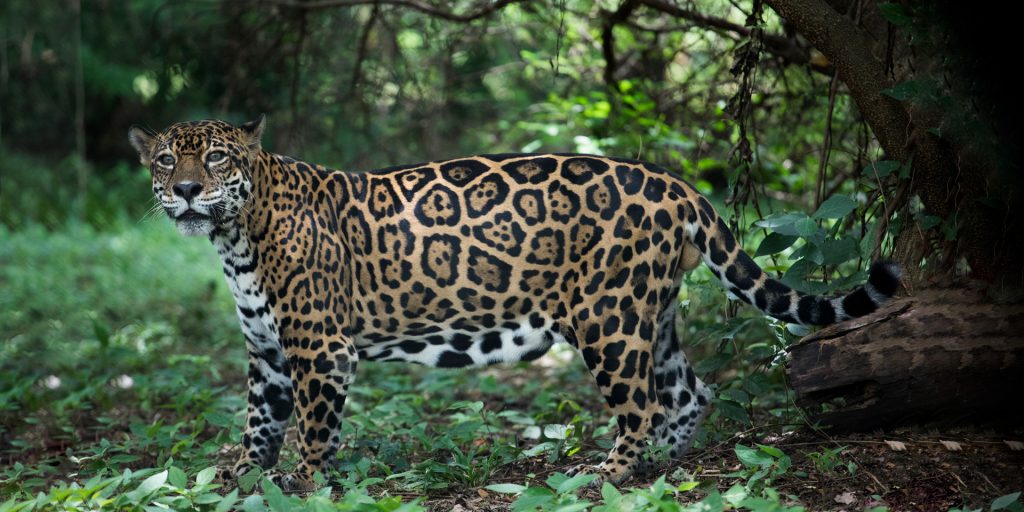 You can usually see them very high in the treetops, in national parks. In areas such as Garabito and Jacó, it is possible to see them flying through the center of the city and among the treetops of the main avenue.

It is a tiny species with an intense red color and black spots, which invites you to touch it at first sight, but be careful, it is highly poisonous.

Currently they are scarce, but if you are lucky you could run into some in the Corcovado National Park and Manuel Antonio. 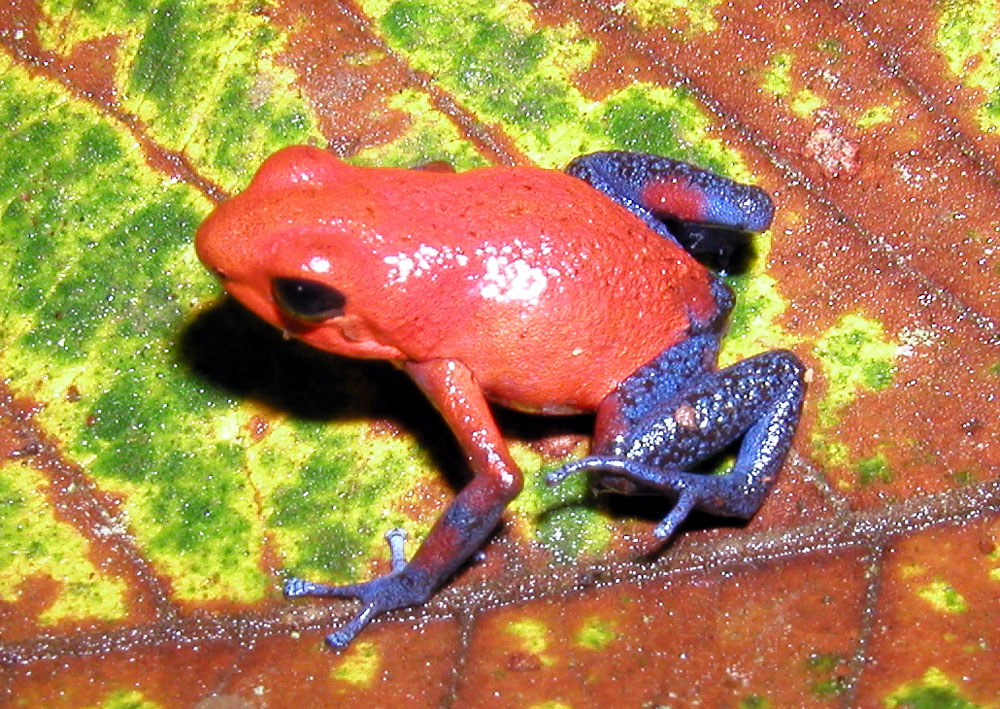 Their main predators are snakes and even their own species, since these frogs are so territorial that they can kill each other. 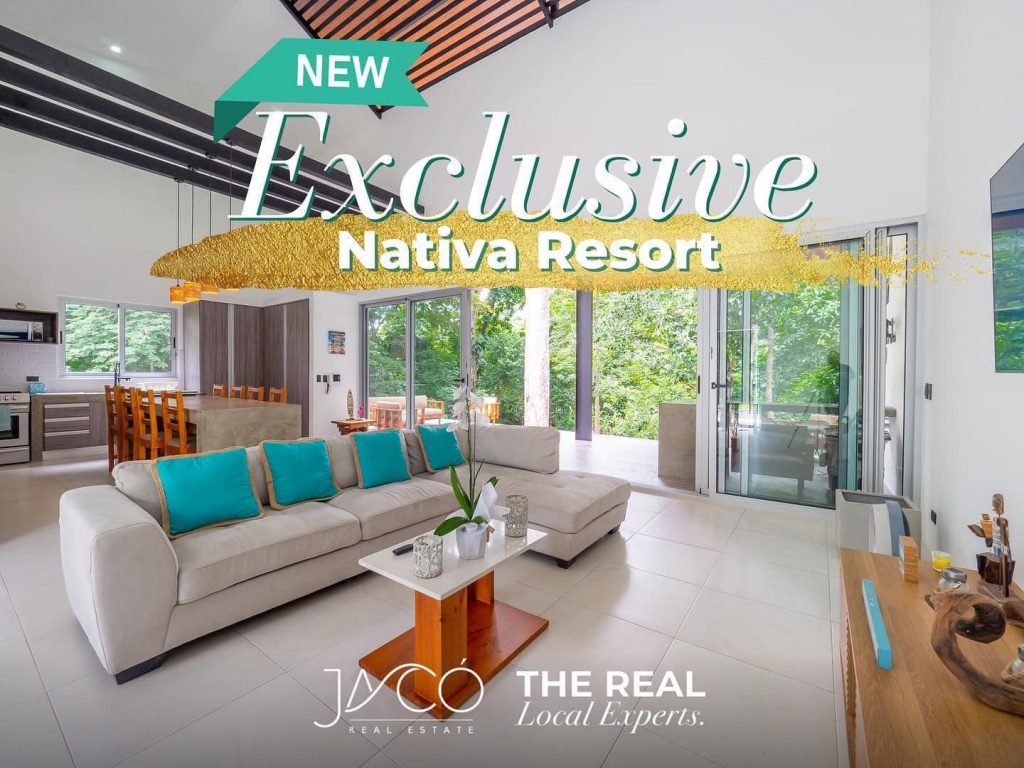 It is only 1.7 to 2.4 cm long with bright red, blue or green or brown and yellow skin. Thanks to the pads under its legs and muscular thighs, the Red Frog has no difficulty climbing and its large eyes allow it to see better in the dark. In addition, its high degree of toxicity allows it to defend itself against predators.

It is a species of carnivorous mammal that lives between Costa Rica and northern Argentina. It is small, similar in size to a domestic cat, with a slightly brown tail, a slightly grayish brown back, with small spots in the form of dark rosettes on the periphery and brown towards the center, and the eyes are yellowish in tone.
In Costa Rica you can find it towards the center of the territory and part of the central Pacific.

In Costa Rica you can see up to 5 of the 7 species of sea turtles that inhabit the world, including the green turtle. This is large and is distributed in tropical and subtropical seas. 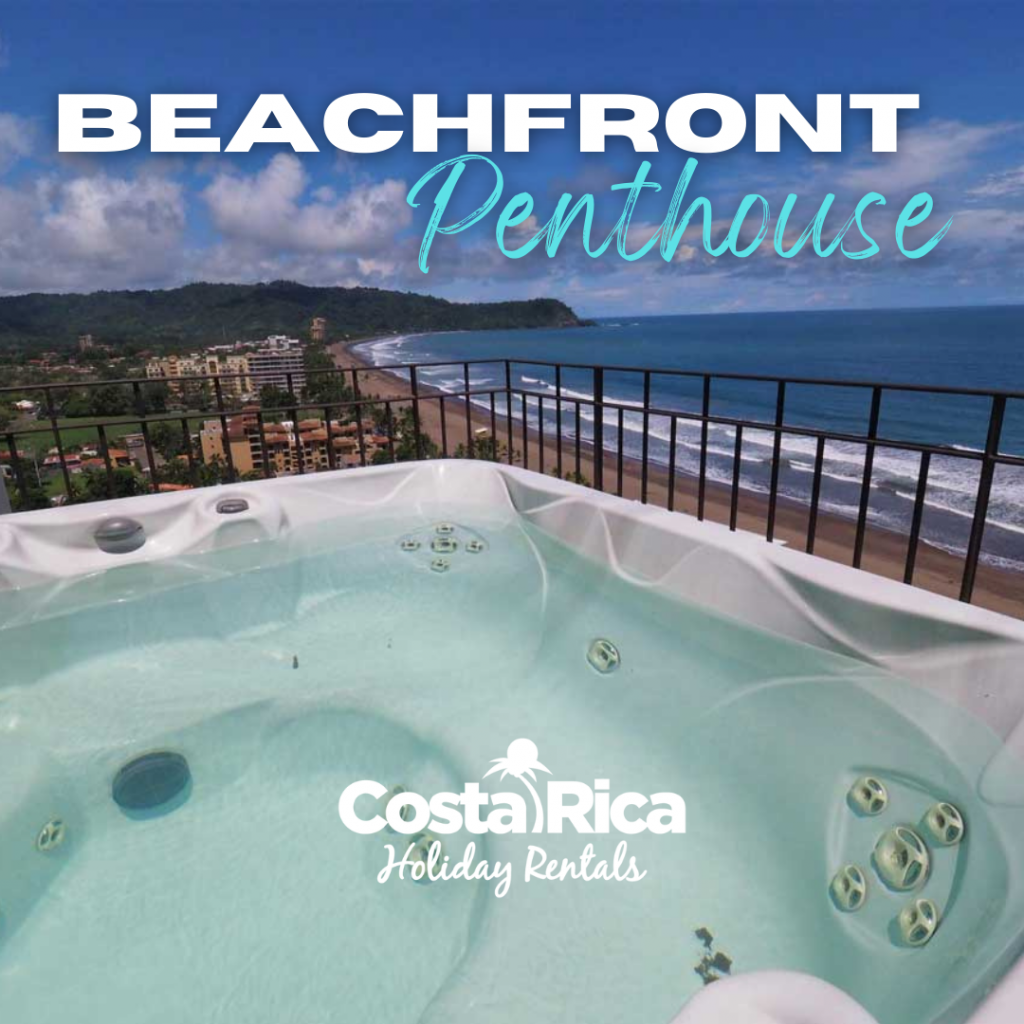 They are currently in danger of extinction. Costa Rica is responsible for its protection with the Tortuguero National Park, one of the largest nesting sites for this species.
Playa Hermosa is also a wildlife refuge for these and other sea turtles.

The leatherback is the largest turtle in the world, it has the peculiarity that its shell is similar in texture to leather and with a much softer structure than that of other turtles. 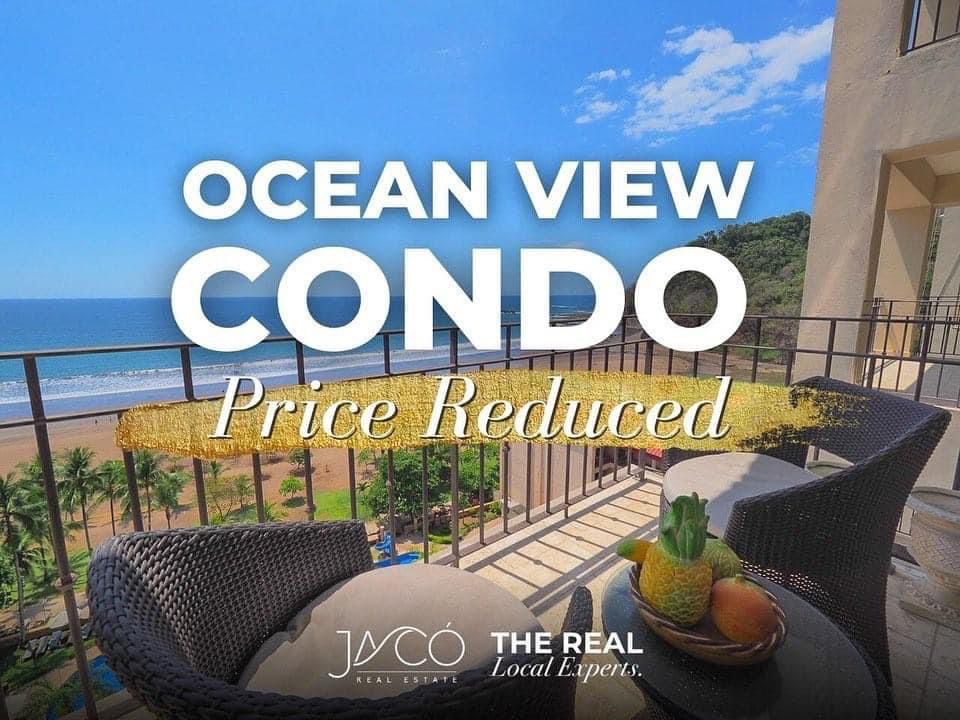 It is critically endangered, because many mammals, birds, crabs, and humans eat its eggs. Also, many of the baby turtles that do hatch do not make it to the ocean.
In Costa Rica it can be observed in Playa Grande, Tortuguero, Osa Peninsula, Corcovado, Boca de Matina, Ostional Beach, Gandoca Beach, or Naranjo Beach.

The tapir or tapir is the largest land mammal that inhabits the neotropics. In Costa Rica, it lives both in lowland areas (Guanacaste, Corcovado National Park) and in highlands, such as the Cerro de la Muerte. 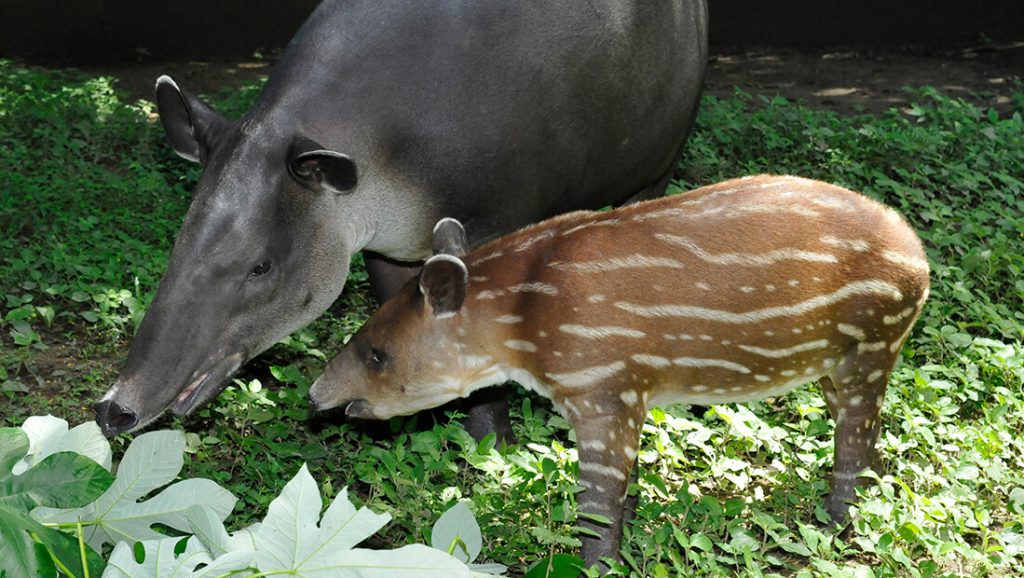 Their behavior varies depending on where they live; for example, those who live in Corcovado are quite calm and are used to constant visits from tourists, while the population present in Cerro de la Muerte behaves discreetly and shyly.